On 08/10/2017 the Inyo County Sheriff’s Office was notified of an overdue male subject climbing in the North fork of Big Pine Creek. The subject was originally a part of a group of three persons who were planning on completing several 14,000ft peaks in the Palisade range. The party camped near Sam Mack lake above Sam Mack meadow with the intention of starting their mission via Thunderbolt’s North Couloir. On the morning of their planned ascent, two members of the party felt unfit to continue due to symptoms related to altitude illness. The third member of the party insisted on continuing with the planned objective and began his approach to the Thunderbolt glacier around 0900. The subject was last seen approaching the bergsrund at the base of the N couloir of Thunderbolt peak and yelling to his friends that the bergsrund was impassible and he would find another way up. Friends also reported around this time they saw the subject fall down the glacier, get up, indicate he was OK and continue on his way out of view. The subject’s friends waited for him for over a day at camp in anticipation of a possible late arrival. When the subject did not show up the rest of the party hiked out and contacted Inyo County Sheriff’s Office to report their missing friend.

Aerial search of the area began on the afternoon of August 10th with multiple passes of the east side of the Palisade range by CHP Helicopter H82. On August 11, CHP Helicopter H40 assisted in the search by flying the east and west sides of the range and taking video footage. No signs of the subject were found. The following morning of August 12 at 0700 Inyo SAR volunteers gathered for a team wide briefing on the mission with plans of inserting several teams in the Palisade Glacier area, focusing most resources on the Thunderbolt glacier area and the point last seen (PLS). Approximately 0900 August 12, two SAR members were inserted on the Thunderbolt glacier by CHP H40. By 0920 the missing subject was spotted on Thunderbolt glacier, climber’s right of the North couloir’s bergsrund approximately 150ft from a cliff face. The subject was deceased. His remains were evacuated by lowering them 500ft down the glacier to a helicopter landing zone where they were loaded into H40.

Inyo SAR would like to extend our grievances to the friends and family of the victim. As life-long mountain enthusiasts, the volunteers of Inyo SAR are always affected by the passing of someone while pursuing their mountain dreams and adventures. We hope that our services can help bring closure to those influenced by the passing of the subject.

Inyo SAR also wants to express our deep gratitude for the time and resources of CHP helicopter H40 and H82 as well as Sequoia Kings Canyon NP. The success of this mission, any many others, was dependent upon your experience, skill and professionalism! 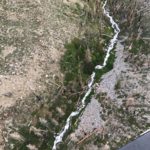 On Wednesday evening Inyo County Sheriff’s Office received a 911 call from a group of backpackers reporting an injured hiker on the Baxter Pass trail near Independence. Three Inyo County Search and Rescue volunteers responded and hiked to the reported location, arriving at the patient at around 11:30pm. The patient, a solo backpacker in his […] 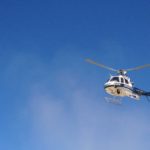 July 24, 2017 Early Sunday morning Inyo SAR was called out for a 30-year-old male with an unknown lower leg injury near Temple Crag. The injured subject and his partner had called for assistance via a third party and thus there was no way to get in touch with the injured party to gain more […] 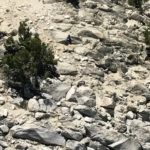 On the evening of July 18th Inyo County Sheriff’s Dispatch was notified that Linda Solomon, a 61 year old woman from Irvine, CA could not be located by her hiking partners. The hiking party originally consisted of three members; the route was a two night trip from the Green Lake trailhead out of South Lake […] 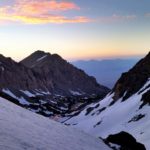 The weekend of July 15th and July 16th Inyo County Search and Rescue team participated in three successful high-altitude rescue missions. The first SAR mission involved a man stuck on a cliff near Dragon Peak, above Independence. While descending a steep rocky chute near the peak the evening of Saturday July 15th, the subject became […]